Light You Can Touch

Commemorating black and white images with clean beams of light, so solid you can touch. For people visiting from Twitter, thanks to those who have taken the time to retweet and share the gallery with their friends and followers.

No Eye In 'Portrait' 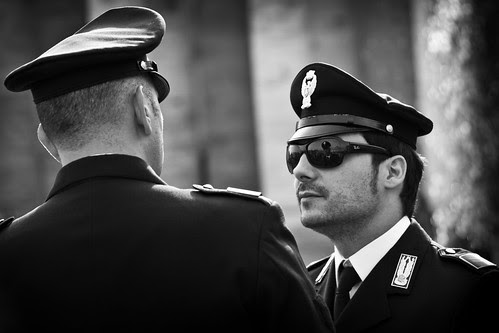 Men In Black & White, Vatican City, a photo by flatworldsedge on Flickr.

These guys are from the Arma dei Carabineri. Normally I wouldn't have guessed that RayBans were standard issue, but then these are the Carabinieri. They get lightning flashes on their cars. en.wikipedia.org/wiki/Arma_dei_Carabinieri

Thanks to Blackfoot Scout for standing in front of this pair to allow a series of candid shots over her shoulder. By way of disclosure I need to state some cloning on this one on the far right where some tourists strayed into shot just below the SH, plus a stray white thread on his tie.

Update: Explored #130. Many thanks to everyone who has commented, fav'ed and viewed. I massively appreciate the interest and insights offered. Thanks to all! 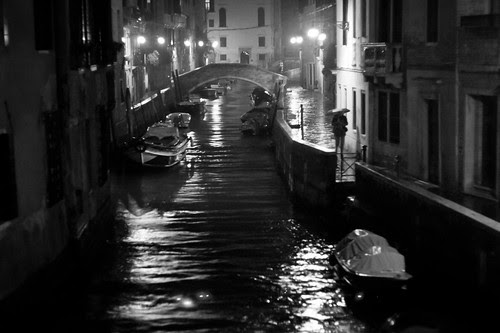 Very busy at work currently, so, without time to download and process recent shots I'm catching up with some "similars" from series shot over the last few months.

This is from my series last autumn in Venice, caught in heavy rain with a 300D and a 50mm f/1.8. There's plenty technically wrong with the images - soft focus, flare, etc. - but they came out so atmospherically in black and white that I'm keen to get back and shoot some more. Next time I'm in Venice, and I hope it is soon, I will be praying for rain.

Hope everyone is having a great weekend so far! 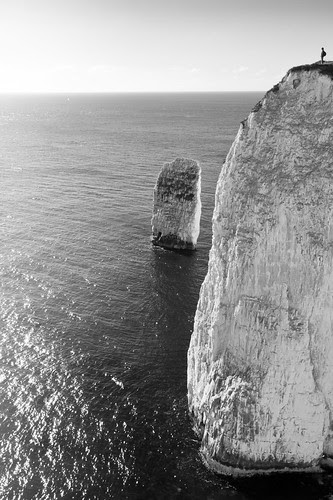 So first of all, I promise not to mention UWA lenses in this one. Other than to say this is taken from a razor thin prominence and it would have been lovely to get more of the sea in. The landscape version pushes the sea to the point it flares - a very nice effect. Sacrificing the bottom of the cliffs though, was too great a price to pay.

This is taken at the Isle of Purbeck's superb Old Harry Rocks; en.wikipedia.org/wiki/Old_Harry_Rocks.

Fortunately it's another easy one to get back to post-Xmas armed with a non-crop body to go for the wider angle. I reckon I'll try this again pre-dawn for a cool self portrait shot. For now, the figure in the frame is a kind passerby who agreed to take 30 seconds out of her afternoon to go and stand where directed. People prove very agreeable if you ask politely, which is a nice surprise.

Looks very dignified on black, should one elect to depress the "L" key! 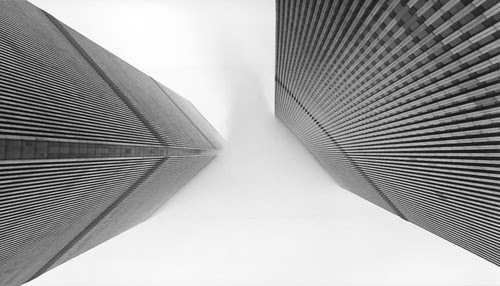 One of my first SLR shots, taken in NYC a decade ago. The visit was a 21st Birthday celebration, alongside the gift of the camera itself. This is another scan of an original film image, EXIF data added, but no edits to the noise, scratches, etc. The trip was my compelling first connection to NYC; a city I got to return to a lot whilst studying more recently upstate. It was marked by the drifting mist and cloud in evidence in this view, which, neither undermined my engagement with the city itself nor, especially looking at this image in the years since 911, detracts from the impression it creates.

I would suggest viewing on black, despite the grain.

[From here on, I'm afraid things become a little reflective and over-wrought. It's not intended to offend, and no offence would be taken if you choose to skip it entirely.]

Having worked and studied overseas and in upstate NY, I've obviously made friends with a lot of people with far more intimate and emotional connections to 911 than I have myself. Not wanting to intrude upon or distract those far more powerful accounts, I still thought I might briefly commit some of my rememberings to this posting by way of commemoration and perspective.

On the day itself, we were living in Chipas, Mexico. In terms of timezones, this meant as we awoke the first tower was already on the news. Events unfolded as an American friend and I prepared for a morning volunteering (as English teachers) at the local orphanage. We had to leave for our teaching during the collapse. At the orphanage the kids would ask questions to get to know us, natural to them given their context, but strange to us, like; "Do you have a father/mother?" My friend's father was flying that morning, and he had been unable to contact him before we left, which gave a surreal, uneasy, yet somewhat epiphanic, edge to the morning.

Meanwhile, the close friend of another teacher in our group, was working in an upper level of the second tower. She had been unable to contact her. Understandably perhaps, to avoid panic and potential injury, after the first impact, she later found out that those working in the second had been told to remain at their desks. Her friend left her desk regardless, and, though she was still inside the tower when the second aircraft hit, she was now below the impact zone and thereby survived.

In terms of commemoration, I'd like to suggest, timidly, that one of the greatest tragedies of the day is not the tragedy of opposition - the battle between A vs B, whatever you label A or B, whichever side you take. Given subsequent conflict, right or wrong, that is how this event is often framed by the media. Rather I see it as a tragedy of those who have a side, and those who don't even know there was a battle. However the perpetrators are cast - be in political, religious, non-US extremist or US conspirator - clearly their paradigm was built on an underlying assumption of a conflict, which the victims were unaware of. If we disagree and together decide to fight one another, that is one thing. If we disagree, and I accept or am unaware of our differing thoughts, and yet you strike me down regardless, that is another, to my mind, greater tragedy.

I do hope these notes don't trivialise the event or offend anyone. It's just a record of a couple of stories and the musings that flowed from them. It's not meant as anything more. One thing my scanning of these old film prints has reminded me of is the power of a photograph to commemorate meaning over time. Flickr is chiefly a celebration of the present; of the frenetic energy of now and today. Perhaps one aspect of photography it overlooks is the longer term view. It's the difference between seeing the noise of everything, and stripping that noise away to leave the transcendent moment alone. Both interesting angles, but the latter inevitably absent from this medium, perhaps.

So that's probably quite enough introspection and philosophical declamation for the next few months. I hope you're all very well and have survived my ramble if you were generous enough to follow it. Have a superb week all. 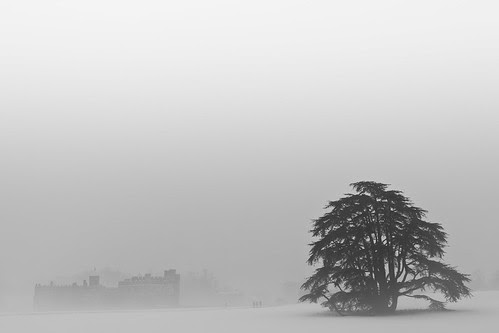 White Out (Leeds Castle), Kent, a photo by flatworldsedge on Flickr.

Snow, freezing fog and huddled forms at Leeds Castle today. Not the classic view, but one I like nonetheless! Nice on black.

Hope everyone is very well and having a great countdown to Christmas.